‘Cab is king.’ That is not an uncommon sentiment and many in the world of wines wouldn’t disagree.

Let’s get this out of the way first. I’m not an expert on wine. I have many friends in the

business who are very knowledgeable in wines and although I’ve been involved with every aspect of grape growing, winemaking and even bottling, I’m simply a novice learning the ropes. Ask me about football, motorsports and of course oak wine barrels and you’ll get a much more informed opinion.

One of the most popular grapes in the world including Paso Robles, Cabernet Sauvignon or cab for short, is a rich, persuasive, hearty and commanding wine that has stood the test of time. Again, I’m no expert but good cabs age well in the bottle and unlike say a zinfandel, which is my favorite varietal, they can get even better as the years roll on.

The French, and especially the Bordeaux region, consider the grape their domain and though I’ve had very few cabs from France, they are without question the epitome of quality when considering the best wines can be. However, California has a meritage – which my expert friends say is similar word for heritage – the grapes are strictly Californian and follow the French model of consistencies. Do I know what that means? Not exactly, but you get my drift. By the way, California only has one heritage grape and that is Zinfandel. I just threw that in to confuse so I’m not the only one … confused, that is. 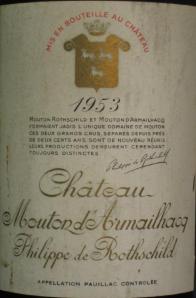 Great wines from the Bordeaux region in France have created legendary vintages.

France produces the most cab with Chile and the United States battling for the second spot. The grape can be grown in many types of regions (even deserts) and therefore has a wide and varied flavor. With a relatively dark brooding cast, experts will often say it has a black cherry and spicy plus peppery taste.

You can pair it with steak or cheeseburger – hey, I told you I’m a novice who is a home brewer. Still, I’ve had a few burgers and brews in my life, which IS something I know. Along with barbecued beef, pizza can go very well with cab as well.

People who are novices like myself, might ask if Merlot and cab come from the same background. Both varietals originally come from the Bordeaux region of France, but I do know enough to say they aren’t the same grape, yet you might find that lighter cabs have some similarities to Merlot. Personally I like big reds so cabs and high octane Zinfandels are great and pair wonderfully with meaty dinners.

A ‘did you know’ about cab is that although it was considered its own grape for centuries, it was recently discovered that it actually is a hybrid of Sauvignon Blanc and Cabernet Franc, created some four centuries ago. Here’s another interesting story I just saw that most folks won’t know. Former NFL star quarterback for the New England Patriots, Drew Bledsoe, under his companies name Doubleback, has a Top 100 cab (source – Fox News) grown in Walla Walla, Washington.  Ah, wine and football in the same sentence – you won’t find that too many times.

Paso Robles was a hidden treasure but growing worldwide notoriety have brought the region and its wines to the forefront.

Gary Eberle helped focus attention on the cabs of Paso and they are the most widely planted grape in the Paso Robles AVA – the world’s number one wine region. Only Napa Valley bests Paso Robles as the biggest producers by region. Cab’s love the Paso diurnal, which is one of the most diverse in the world and coupled with a unique terroir, produced some great wines. Because of the relatively lack of rain Paso receives, unlike Napa or Sonoma, cabs can be controlled better on the Central Coast, creating world renown vintages. Variable and distinctive micro-climates offer contrasting flavors, giving vintners original and unique cabs.

Typical of the area, the Paso appellation has been creating better and better wines with cab leading the way. The innovative talent, terroir and weather have helped craft enormously powerful cabs with a heartiness that rivals any other wines of the world including Bordeaux and Napa Valley.

Paso Robles’ Cabernet Sauvignon have been widely known as maybe the best value wines in the world. However, with the advent of Paso’s worldwide notoriety, the rich and ripe big red cabs here on the Central Coast might find themselves as some of the premier wines in the world, period.

Now I need to grab a delicious local cab, get out the barbeque and cook up some ribs.  Or better yet, burgers … make those Kobe burgers.