There are many reasons I left the confines of Greater Los Angeles, not the least of which is its traffic, congestion and its multiple pollutions. Another is its Machiavellian politics. 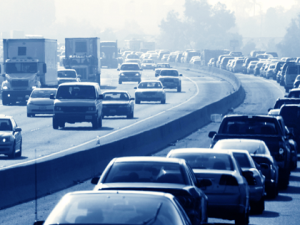 A great achievement in the far western regions of Los Angeles County is Malibu, where many of Southern Californians elite live. From beautiful south facing beaches to grand hilltops, with unencumbered views of much of the urban setting to the east and Pacific Ocean to the south, unveils itself as somewhat removed with its relatively quiet and mostly serene landscape that Malibu offers.

The supposed accomplishment Malibu attained was its own AVA (American Viticultural Area) in the Santa Monica Mountains – quite a triumph for what seemed an out-of-the-blue feat. Ah, but Los Angeles style politics rears its ugly head often and this time, to the dismay of wine lovers, Malibu may have their own AVA, but they can’t do any growing.

Yes, this twist of fate is not unusual in the Golden State, and really is just another day in the life of Southern California’s gross underbelly. What the County is doing is under the guise of coastal protection and saving water, requiring so many hoops for farmers to jump through, that they won’t be able – or want – to grow grapes for wine consumption.

Without going into this convoluted political world, anyone in the Malibu AVA will have to go through a huge permit system and involves not only the malevolent L.A. County, but also the equally treacherous and unelected Coastal Commission – an autonomous and Anti-American body that has harmed Californians for many decades.

No grapes, but everything else? 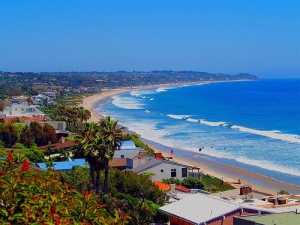 Now, the crazy part of this is if you want to grow vegetables or fruit trees, there’s an easier path to gaining permits, but if you grow grapes, well, sorry, go to the end of line buddy – and this is a line that doesn’t move. Realize that most of these other foods require more water than do grapes, especially using drip irrigation, however, that doesn’t matter.

The arguments made against new plantings – and existing ones as well – was based on archaic information, but that matters not at all. Horse ranches are allowed even though they cause erosion while vineyards do the opposite, still facts don’t mean a thing in the Machiavellian world of Los Angeles County style politics.

As the son of a former Los Angeles Fireman, I know that vineyards are routinely suggested as good firebreaks, which is important in the hills around Malibu, as this region is notorious for many giant brushfires over the years. Senseless, is the thinking, or lack thereof, of the political machine in Los Angeles County.

Again, if water shortages are the reason for not allowing vineyards, why allow anything else? That is the world of Los Angeles politics and why many of us have left. Does this sound insane? Yes, it is absurdly insane. Yet, insanity runs a muck among those that live in much of Southern California. 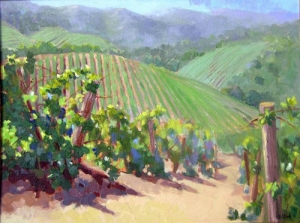 If L.A. County ruling holds, the only pictures of Malibu vineyards will be paintings

I feel for Malibu and those that worked so hard for their own AVA. However, there shouldn’t be shock or even dismay at the way the County has intervened and short-circuited the potential for growing great wines.

Vineyards had a long history in Malibu, until Prohibition ended that run. Over the past half century, small vineyards have popped up again, but just like Prohibition, these new regulations might end Malibu’s winemaking history again.

“Politics have no relation to morals.” – Niccolo Machiavelli

This is a fun event and adds a lot of class to Paso Robles. A car show at the park is always a treat. Check it out. 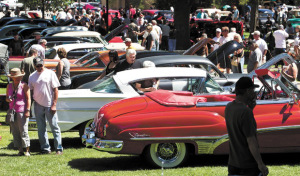 The Golden State Classics Car Club puts on the event with help from the city of Paso Robles. The club was founded in 1986 by nine individuals interested in preserving and enjoying all types of antique classic, and custom cars, and trucks. There are now 120 members in this family-oriented car club organized for the purpose of promoting interest in the preservation, and/or modification of all classic automobiles and trucks. The Chamber of Commerce had helped organize the show in the past, but Golden State Classics Car Club and the city will co-host the event this year.