Between the Bay Area and Los Angeles, on the California Central Coast where wine is prominent, quietly sits the town Paso Robles.

However, there’s another prominent entity in town and more directly the high school, has reached new heights with their football program. The Bearcats’ gridiron squad, which at one point was for a short time ranked in the Top 10, ended the year 19th overall nationally among small schools (MaxPrep).

Coached by Rich Schimke and led by San Luis Obispo County’s top athlete in Bailey Gaither, Paso Robles went to their first bowl game and in the fact was the first team from the Central Coast to be represented in the state championships.

The Bearcats went the entire magical year undefeated before losing to their North County rival Atascadero Greyhounds at seasons end, making them co-champions with the ‘Hounds and Arroyo Grande Eagles in the PAC-5 League. Paso then pounded Royal of Simi Valley 42-14 in the first round of the Northern Division playoffs and turned around and easily beat a good Palmdale team 49-16.

In the semifinals, the Bearcats slugged out a 28-21 victory over Arroyo Grande to make it to the finals against a very good Newbury Park squad. Before a packed house on a wet and muddy field at War Memorial Stadium in Paso Robles, the Bearcats were able to run Gaither right, Gaither left and Gaither up the middle, battling their way to an epic 13-10 win.

With an incredible 13-1 season, Paso went to their bowl badly beaten up – for instance they were playing fourth-string running backs – and without their star do-everything player, Bailey Gaither. The magic came to resounding thud as the team had to travel half a day to Lakeside, California in San Diego County to play against 13-0 El Capitan. While losing their star kicker/punter Brice Pasky and standout wide receiver Ty Jones in the first quarter to injuries, there was too much to overcome and the Bearcats lost 41-0.

It should be noted, Gaither is heading to San Jose State to play for the Spartans next year along with his Bearcat teammate Josh Oliver – who was also a two-way star on the Paso Robles football team.

It was a great season and unprecedented year for Bearcat football. The town is very proud of them and in fact, it was a common occurrence when in or around town, folks of all sorts would start talking about the football team in any conversation. 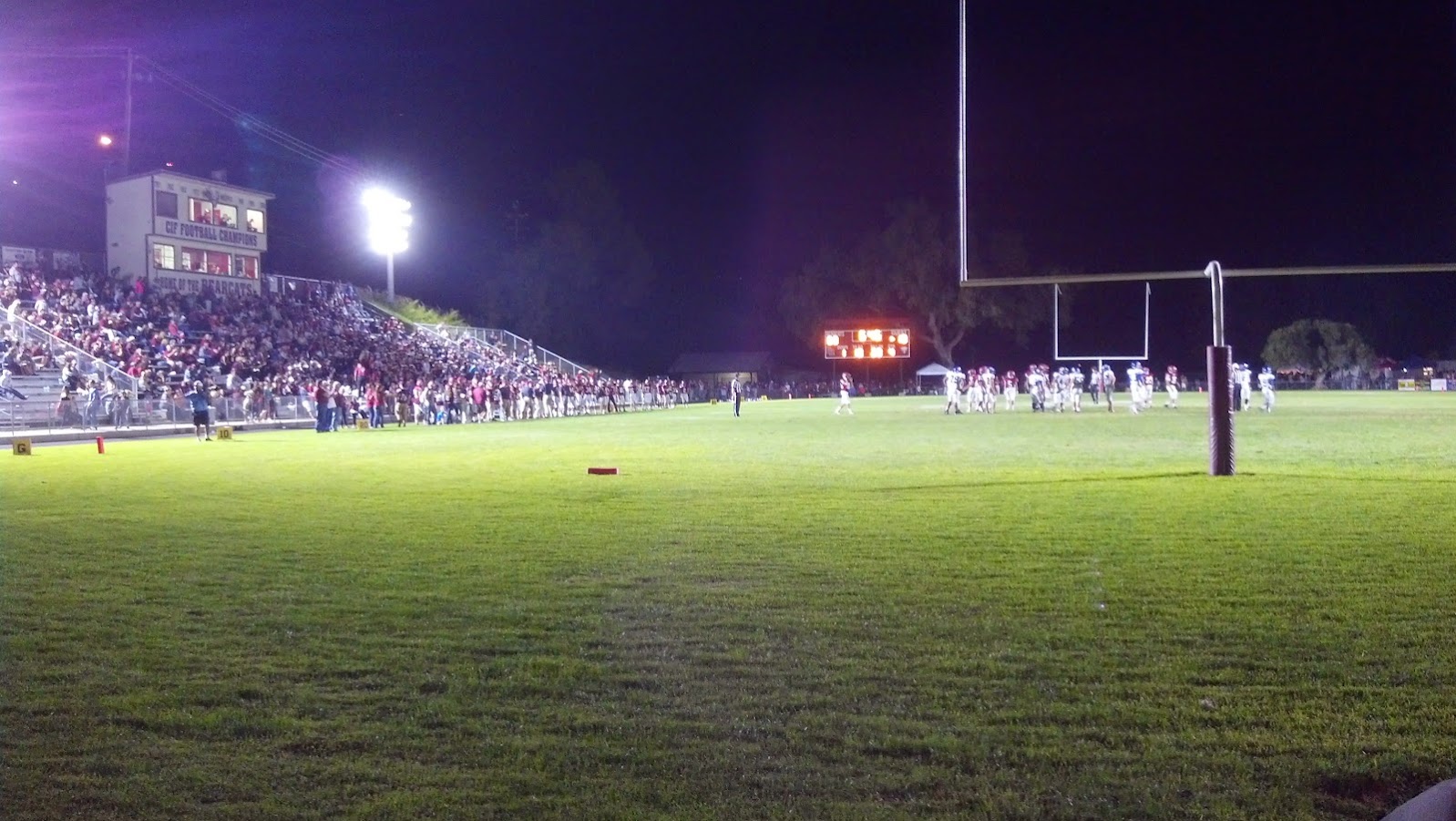 War Memorial Stadium was the place to be in 2014 … and any year for that matter.

So the next time you’re in our quiet hamlet, during the late summer or fall enjoying your favorite countryside tasting our world famous wine, check out another favorite here on the Central Coast.

Congratulations to the Paso Robles football team on their national ranking.