“I study nuclear science, I love my classes
I got a crazy teacher who wears dark glasses
Things are going great, and they’re only getting better
I’m doing all right, getting good grades
The future’s so bright I gotta wear shades”

… a jacket, galoshes and an umbrella. This twist on a one hit wonder song (by Timbuk 3), invokes what many in California – especially here in wine country – have been in dire need of: rain.

Weather is hard to figure out for a simple one week forecast let alone, what’s going to happen a few months from now. However, from almost any quadrant of the weather world, experts and prognosticators alike appear to agree that a significant El Nino is here and later this year as we head into winter, heavy rains will drench California. The last time we had a powerful El Nino was a couple decades ago, and scientist feel 2015 and into early 2016, will be possibly bigger.

Now, 1997-98 was a bad year rain-wise, and was considered the most powerful in recent history. It wreaked havoc on a majority of Californians, especially in the southern half of the state. I personally remember many days in-a-row of rain in Los Angeles and Orange Counties that year. Often what happens is what we call the Pineapple Express, where almost a river of rain from the Hawaii Islands and the tropics just streams into California bringing one storm after another with no distinct breaks. Mudslides prevail, rivers overflow as do dams as well as street flooding that can inflict devastation. It’s not unusual to get a solid weeks worth of rain due to the Pineapple Express’ steady and incessant drenching.

The problem with hoping for rain – too much can devastate the area.

What is happening is a high air surface pressure in the Western Pacific (think Indonesia and Australia), helps to create a change in water temperatures with the Eastern Pacific along South America increasing warmth in their waters (i.e. Peru). Ocean temps here on the U. S. West Coast get warmer and right now that is evidenced by our waters here along the San Luis Obispo County beaches running a few degrees above normal.

All signs lead to rain

I’ve been told by weather folks that windier and warmer weather can result during the summer previous to an El Nino winter. Well, it has been windier and warmer here on the California Central Coast. We’ve also had a few monsoonal flow rain storms this summer that usually don’t appear until late summer if at all in Central California. Warmer waters aids in the draw of moisture from Mexico and the Desert Southwest. 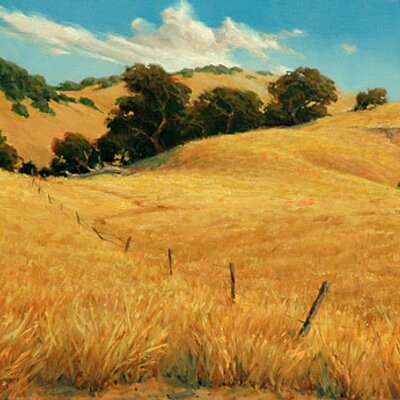 The golden rolling hills of Paso Robles are tinder dry and in need of rain.

From every angle, it is becoming obvious that wine country here in Paso Robles is going to get their rain and then some. Still, what does this mean for the local citizens and farmers? Rain is needed first and foremost, so inconvenience, which may mean flooding and destruction can and will likely be heading our way. Once grapes are harvested in late summer and early fall, little damage can occur to the vines. Yet, fall and/or winter crops in the region may be in for more than they can handle.

We need the rain and from what the forecasters report (or guess), we will get it in droves. In the long run, this is a good thing, as California comes off one of their most severe droughts in history, which in-turn has ripped the state apart. Feast or famine seems to be the word of the day, week, month, year and even decade for those of us in California.

The future drought situation here in California looks bright. So get out the sunglasses because you better wear shades … while still possible.

2 thoughts on “The Futures So Bright, I Gotta Wear A Jacket”