A lot of ominous story lines were written about the coming monster El Nino for the 2015/2016 winter season. Those of us in drought-stricken California were bracing ourselves for an onslaught of rain that may not have had an equal. Well, there’s a bit of good news and bad. 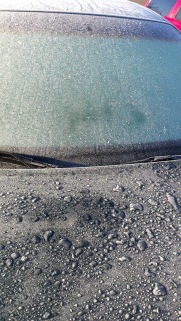 In Paso Robles, we awoke to plenty of icy conditions in December of 2015.

The good news, to some degree, is the otherwise normal winter we’ve had here in the Golden State, especially in wine country on the California Central Coast. December started off with its usual cold snap that had us regularly in the 20s with several icy mornings. Day time high temps hovered barely in the 50s, but otherwise there was a little cold rain here and there – that was it.

As the holidays slid by, the temperature started warming up and with it, more rain. It might sound counter-intuitive to think El Nino and its rains would drive temperatures up, but rather than getting storms from a normal northwesterly track out of the Pacific Northwest and Canada, El Nino draws warmer climes from the Central Pacific. By the way, our mountains – the Sierra Nevadas – have been hammered with snow this season, which is definitely a good thing, considering Californians get a majority of their water from the mountain snow runoff.

This is suppose to be a huge El Nino year, however it hasn’t been the typical drum beat of a driving rain storm after driving rain storm. We have received an average amount of rainfall, which has made it easier on the land, so as not to wash away and erode the farms and vineyards of its valuable soil.

Currently, we just had a mini gullywasher and are expecting showers near the end of the week. Yet, the last week of January looks relatively warm and sunny with highs possibly reaching 70. Heck, get the suntan lotion out, it’s summer! Yeah, not so fast.

About that bad news

As January folds into February, which is our wettest month, there are plenty of signs the Godzilla of all El Nino’s is coming onshore. The first full week of 2016 saw a modest set of back-to-back storms reminiscent of El Nino. According to NASA Jet Propulsion Laboratory climatologist Bill Patzert, the the rest of winter and likely the first part of spring are going to bring us monster rains (source: L.A. Times). Or as Mr. Patzert puts it of the earlier storms:

“That was a trailer for the movie.”

Essentially what will be happening is the jet stream will come down on to the southern half of California and started sucking every storm from the Central Pacific and tropics in what we call the ‘Pineapple Express’. Think of it as a river of storms pulling moisture all the way up from Hawaii to California.

Whether we receive the predicted record-breaking numbers of rainfall with help from the Pineapple Express, remains to be seen, but regardless, we will see an increase in precipitation over the next couple months.  And with that, should tamper down the drought conditions along with greening up our beautiful rolling hills of Paso Robles. 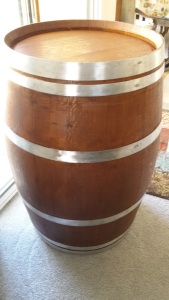