The 2012 and 2013 grape crop production was huge and this year, many thought 2014 would bring yet an unusual third straight big vineyard haul. This is still possible but several factors that have changed the harvest process this year may reduce the tonnage for producing wine. And that may increase the likelihood of more used barrels becoming available.

Wishful thinking on our part? Yes, I’m hoping for this potential bonanza of unneeded barrels, but it appears those hopes have some facts to back them up.

To back up a moment, the season began with ideas of yet another larger than normal crop year. The combination of some spring rains just at the right time after another relatively dry winter, gave an early indication that production could be big again. After an earlier than normal bud break, early veraison happened in July and although that didn’t necessarily mean more and/or bigger grapes, it did offer an earlier timetable that for one, would mean earlier harvest and less chance of freezes or early Autumn rains that might create mildew.

Winemakers told us at Paso Wine Barrels that they were holding on to their neutral and used barrels in case a third-in-a-row big harvest occurred. With an earlier than normal picking period, wineries were busily processing their grapes – so we waited.

At that same time, in the Central Valley, the raisin crop was off the vine. However, a smaller than expected yield – attributed mostly to drought and government induced water shortages – gave pause to the rest of the industry. It should be noted that farmers have been hit hard by the state and federal water regulations that have forced vintners in particular to use less water or just plain not grow some of their crops. Catch more of this insidious man-made disaster here.

Some farmers had a compressed harvest but one good spell of cooler than normal weather in August slowed harvest down for others, giving several winemakers a little break while allowing the grapes to mature, improving the quality. The little bit of rain that vineyards in the northern part of California received in mid-September was nowhere near enough or even on time to help improve growing conditions.

How many barrels will be needed this harvest?

Now it appears that a lighter than normal crop set up, but with good quality grapes. Smaller berries are being reported and from a personal standpoint, I too have seen grapes from different vineyards and they appear smaller than normal. This decrease in grape crop tonnage from the past two years seems to becoming more obvious, which leads us to, well, us.

Barrels have been much harder to come by with vintners essentially hoarding them until harvest came through. I haven’t seen an abundance yet of request from winemakers to come pick up their barrels, but from all the current signs, it points to the possibility that more of the wonderful wooden casks that make our business possible, could be available soon.

I’ll let folks know as time goes on, but if we are right and a cornucopia of barrels flows our way, this will be good news for everyone who follows our little family-run company. 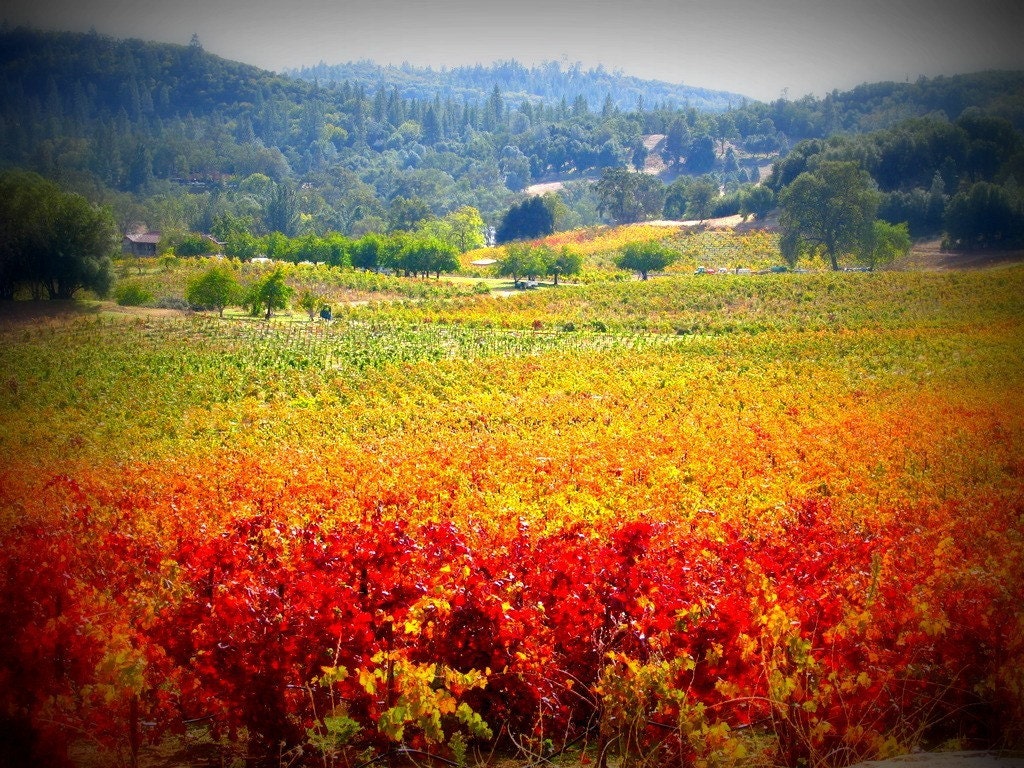 I’ve received some inquires regarding the Napa Earthquake and whether it was affecting us here at Paso Wine Barrels. The short answer is no.

The fallout from the damage which is over a billion dollars so far – mainly concentrated in the south end of Napa County – is still not known, but so far, the Central Coast of California has not been largely affected by the seismic activity north of the Bay Area.

With the damage to so many wine barrels, it has been wondered if there might be a shortage. However, many of the wineries had just recently done bottling to get ready for 2014’s vintage, so they had emptied the wine and most of those empty barrels, don’t appear to be damaged.

Again, reports are all still preliminary and much of what has been reported, doesn’t begin to scratch the surface of what real harm has been done both physically as well as monetarily.

Also, those in other parts of the country or overseas speculated as to how the big tremor affected all our wine regions. To be clear, there was significant damage near or at where the epicenter (was not far from the Napa County Airport), but it shook only in the immediate area and was not widely felt. Being just north of San Pablo Bay, except for Vallejo, Sonoma and obviously Napa, not much in the way of damage was incurred. The Central Coast didn’t feel even the slightest whiff of a quake.

Although harvest started early this season, percentage-wise, much of the berries have not been picked yet and that is some consolation for those in Napa. Luckily, a cooler than normal summer helped slow ripening … or we may have had a different story.

We will keep monitoring barrel needs, but it seems for now, there doesn’t appear to be much or any problem. Paso Wine Barrels will keep barreling away. 🙂

*UPDATE: As some had thought, once the devastation could be viewed more clearly, damage is not as bad as it originally was reported. Obviously there’s destruction, but as this story offers, things aren’t as bad as news services first noted.