The 2014 California wine grape production at the start of the growing season had all the markings of a third-in-a-row huge haul for the industry. However, weather and the man above had other plans for this years harvest. And it’s not all bad. 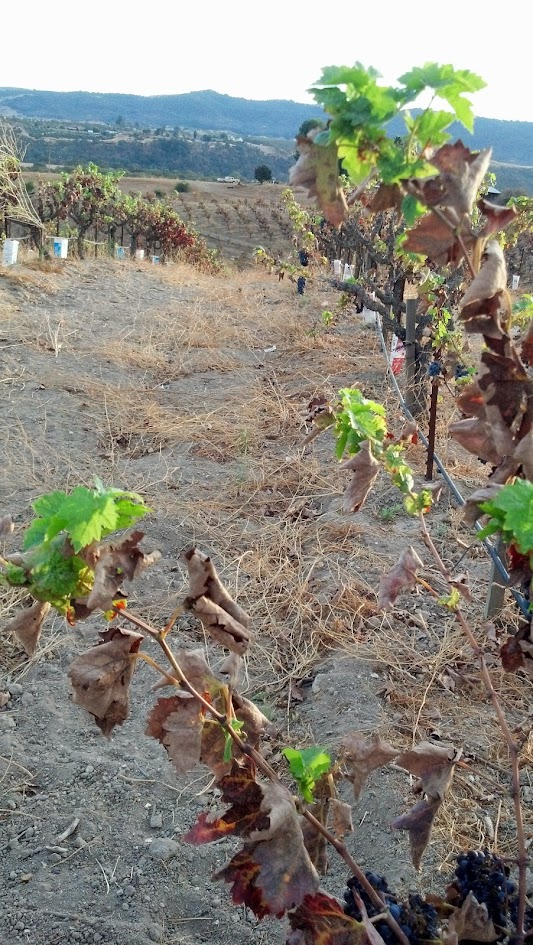 It might not look pretty but the grapes from these vines are scrumptious.

So many winemakers and growers told yours truly over and over again this year that they would be holding on to their extra barrels because they could see another big grape growing season. A timely spring rain helped this notion along and the industry was ready for a repeat of 2012 and 2013 – especially considering the warmer than normal spring here in California.

Still, drought, helped along by local, state and federal government over-bearing and over-regulated intervention, created a lack of water. This in-turn didn’t offer up the needed ingredient to push clusters to grow big and plump.

Tonnage appears off this year so far during harvest but the one thing that has improved is quality of fruit. The grapes are smaller, but aided in part by cooler windy weather just when vintners were ready to pick what was ready to be an extremely early harvest – and voila, the grapes had time to ripened longer on the vine, maturing into what is a high quality product. It should be noted that some wineries here on the Central Coast have reported good yields.

2014’s vintage may be one of the better years in recent memory. Several winemakers have told me that although their production is off by as much as a third, the current quality of grapes hearkens back nearly a decade ago. 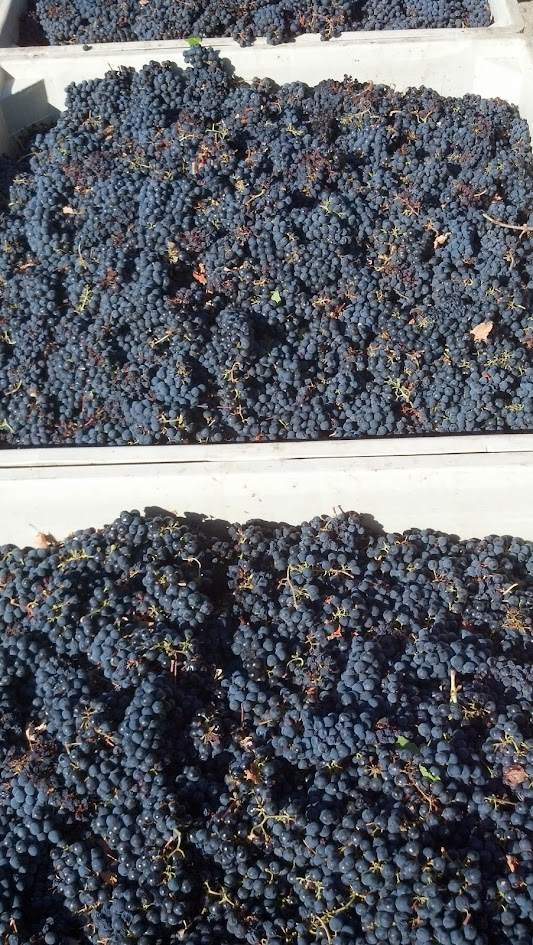 What happens when the berries don’t have the usual water, they become smaller with a more concentrated flavor that usually offers up a sweeter and more powerful wine. This is good news for vintners who are sitting on quite a bit of wine right now. With this vintage being a higher quality, but lesser volume, it won’t cramp wineries with little room for this years crop; yet, creates a superior wine with better aroma and taste.

Crops are continuing to be picked and with harvest being earlier than normal this year, most of the grapes are in, destemmed and crushed. It remains to be seen how much total tonnage there will be in California – at the very least, farmers can be satisfied that 2014’s vintage will be one to remember.