Today marks the funeral for our buddy Luis Nunez. We are still taking his 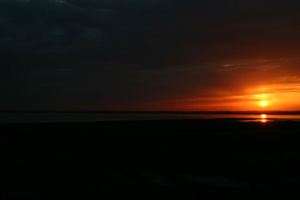 loss hard but hopefully this day will bring a new beginning for all concerned. RIP Luis.

Life will throw you curve balls, but as any good baseball hitter knows, you must stay in that batter’s box and not bail out. Another saying goes, when life gives you lemons, make lemonade. However, to end this cliche meltdown, let’s just say the show must go on. That’s what our number one fan and best friend would have said – of course, he would have said it with a big voice and typical New Yorker accent – that was Luis Nunez. 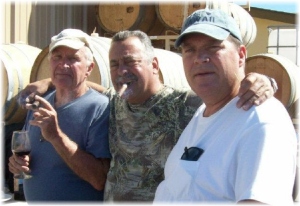 Regardless of any quirks, idiosyncrasies or foibles, Luis was first and foremost mine and my father’s best friend – in fact we called each brother – and in essentially the truest sense, we were.

He was born July 29th 1950 in Queens, New York, and although he adopted California wine country as his own, there was no denying where he was from. His greeting, ‘Eh, how ya doin’ was unmistakably New Yorker through-and-through. Luis’ father was Puerto Rican and his mother was from the Dominican Republic but they settled in New York City. She would perish in an airliner crash in 1970 while Luis’ father – an Army veteran – passed away in 2003.  Rose, Luis’ sister, lives in Puerto Rico.

Luis joined the U.S. Army as well and after several years of service – including in Texas where he started his first family – being stationed at Fort Ord in the Monterey Bay area, he became a local police officer. From there, Luis moved into corrections for the state of California and spent well over 20 years moving up the chain of command before retiring some eight years ago.

His time in the California Department of Corrections was not without a huge bump in the road when Luis found out he needed a heart valve replacement. He had the heart surgery 15 years ago and along with a pacemaker, was able to go back to work until retirement.

His enthusiasm and passion for wines and Paso Robles started well over 20 years ago and escalated to the point of buying over a half an acre lot with a beautiful house and property sitting on a hill in Paso Robles, California. Enticed by a friend Michael Bono, Luis’ eagerness to be a part of the wine culture led him to plant nearly 200 Zinfandel vines on a quarter acre of land in his backyard. Knowing very little about farming and grapes, Luis’ passion led him to associations like the Independent Grape Growers Paso Robles Area (IGGPRA), where he would glean information from an assortment of great vintners. With that, Venture Vineyards was born. 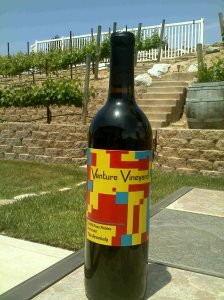 However, it was his meeting up with Steven Christian and Christian Lazo Wines that brought about the ability to make wine … excellent wine at that. Steve and his wife Lupe Lazo helped Luis by offering their facilities. With Steve’s know-how as an excellent winemaker, Luis’ first crop – the vintage was called Anomaly – in only its second year and entered into the huge Orange County Fair, won a Bronze Medal. Interestingly enough, his label won a Gold Medal. It should be noted that Alex, Luis’ youngest son, came up with the original design for the label.

Over the handful of years, with lean times in part because of the ongoing Great Recession, Luis wasn’t always able to create a vintage every year. However, from his 2010 harvest, he would offer up the Shark and long story short, the vintage won several medals including at the prestigious International Amateur Wine Competition last year (2013) where he won a Double Gold. You can go down to the related article below for information on the achievements of Luis Nunez and his wine. Another note is that Frank Grande of Falcon Nest, would also help Luis along the way.

A year ago, Luis had built a wine cellar by friend Chris Andrews who Luis learned about through George, an old compadre from his working days. Sitting in the cellar are four barrels of 2012 Zin – to be called the Bullet – that’s ready for bottling in about four months. There is also a barrel and a half from his 2013 vintage that didn’t have any particular name but the ‘Rebel’ was one of the ideas. What happens to Luis’ dream of these wines and his vines may go with Luis to that happy vineyard in the sky.

A Double Gold vintage, but not to be outdone, the label is also a Gold winner.

The wine industry may not have known of the tiny little plot of grapes called Venture Vineyards, but in a relatively short period of time, Luis was able to create a multiple gold-winning wine that was about to come to market this year. That likely won’t happen and it’s a shame because if this vintage was going to continue in the tradition of the others, although minuscule boutique in size, it would have rocked the world of wine – at least here in Paso Robles, which is the world’s Wine Region of Year.

Luis taught us Hiers a lot about wine. When we moved up here seven years ago – and we shouldn’t admit this – boxed wine was our preferred method of drinking vino. Add to that the fact Two Buck Chuck was a regular in our arsenal … the poor guy must have shook his head many times – but never in front of us. We evolved and although we don’t have the instincts of a great winemaker like Luis, we have improved over the years. What we learned was invaluable.

Luis was at times bombastic, passionate and loved standing out in front of his vines, barking for anyone who would hear, ‘my vines, my wine’. He let you know he loved Paso, his Zin and make no mistake, he could walk the walk and talk the talk. However, underneath the artificial bravado was a man who wanted what was best for everyone around him. It wasn’t unusual for him to expound on how strong his daughters Nicole and Bianca were and how proud he was of them. Luis very much wanted his family together and recently, they had become closer which is actually what made him tick, no matter the pacemaker or pig valve.

The windy fresh spring air blowing right now and creating a clear deep blue sky this season, offers up that life continues. And that’s how will we approach this. This Saturday (April 26th), here in Paso Robles, is the Vintage Sidecar Rendezvous & Recycled Treasures & Antique Motorcycles – it’s a motorcycle show along with an arts and craft fair. We will be there on 12th and Spring, so come on by and say hello. You won’t have the pleasure of meeting Luis and his introductory ‘Eh, how ya doin’, but his spirit will certainly be there.

In fact, I can hear him now: ‘Eh, how ya doin?’ Ah, my brother, we’ve been better, but we will improve as time heals all wounds … yet, we will never forget you. Manana my friend, manana.